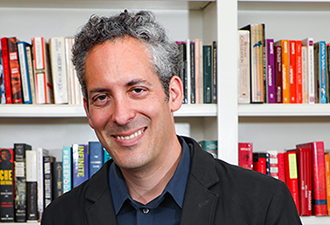 "Autopsy of a Crime Lab: Exposing the Flaws in Forensics"

Join us for this event hosted by the Triangle Yale Club for an online talk with Professor Garrett about his new book, "Autopsy of a Crime Lab" on Tuesday, April 20th at 5:30 p.m.

Garrett's book is the first to catalog the sources of error and the faulty science behind a range of well-known forensic evidence, from fingerprints and firearms to forensic algorithms. Taking us into the lives of the wrongfully convicted or nearly convicted, into crime labs rocked by scandal, and onto the front lines of promising reform efforts driven by professionals and researchers alike, the book illustrates the persistence and perniciousness of shaky science and its well-meaning practitioners.

"A powerful indictment of the state of forensic evidence from one of America's leading voices for urgent science-based reform. Mixing cutting-edge research with jaw-dropping stories, Brandon Garrett reveals a scandal of staggering proportions and the ongoing efforts to cover it up. This is a call to action that every citizen should read—and everyone involved in the criminal justice system should read twice."—Adam Benforado, author of Unfair: The New Science of Criminal Injustice.

Event is free and open to all Triangle Yale Club Alumni and friends, and Ivy+ Club members. However, pre-registration is required.  Register now!!   A Zoom link will be sent prior to the event to all registrants.

What:   Professor Brandon Garrettt discusses his latest book, "Autopsy of a Crime Lab: Exposing the Flaws in Forensics"

Tickets:  This event is free for alumni but advance registration is required.  Register here.  Zoom link will be sent to you the morning of the event.